Cherry-pick is a great way to tackle below common problems:

How to Do Cherry-Pick in Git

Let’s consider below commmit history for all branches in one of our source code repo created for this post:

We can see that we are currently on the branch newQuickFix and it is two commits ahead of the master branch. Those two commits are:

Let’s say we needed to apply only the commit 8afc7ce to our master branch. To do the same, first we need to checkout master branch:

And then run git cherry-pick command:

Now we can see that our commit was not successful, because we have a conflict. So we only need to fix the conflict by usual process to complete the cherry-pick process. This would have also happened if we used git merge or rebase, so this has nothing to specifically with the cherry-pick itself. 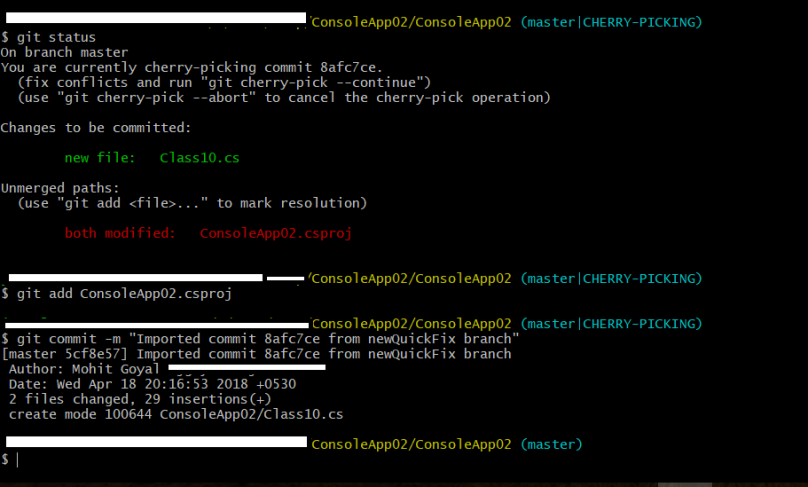 If you need to cherry-pick a range of commits, you can use two commit IDs separated by … to specify a range in your history. For example:

If you need to cherry-pick number of commits, you can do that in below manner:

How to do Cherry-pick in Visual Studio

Open up Team Explorer and checkout the branch you want to cherry-pick changes into using the Branches view. So we would checkout the master branch first: 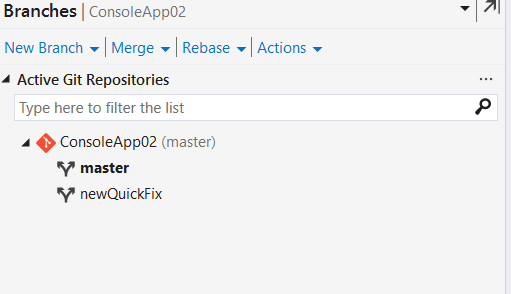 Right-click the branch containing the changes you want (In our case, it would be newQuickFix branch) and select View History: 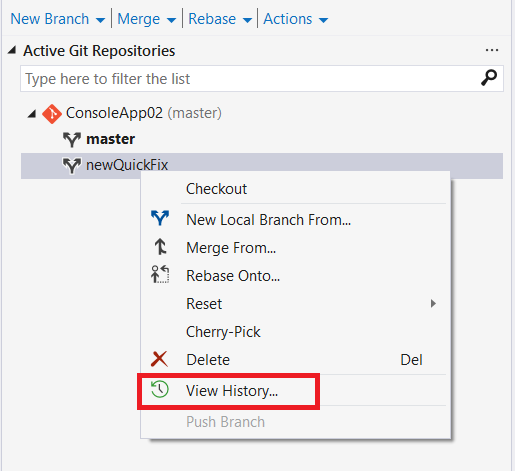 Right-click the commit you want to cherry-pick and select Cherry-pick:

Visual Studio copies the changes made in that commit into a new one on your current branch. Again, we can resolve conflict inside VS itself, if there are any:

And then complete the cherry-pick process.